The scriptures contain several accounts of children who choose a spiritual path opposite to that of their parents. The shift takes place in both directions. Some children of righteous parents rebel and become unrighteous (e.g., Cain, Laman and Lemuel, Lucifer). Sometimes, such rebellious children realize the error of their ways, repent, and return to paths of righteousness (e.g., Alma the younger, the sons of King Mosiah, the prodigal son). However, there are also examples of children of unrighteous parents who choose a path of righteousness (e.g., Abraham, perhaps Alma). Examples of this latter case are more rare in the scriptures, but it is a remarkable thing when someone born to or raised by unrighteous parents is able to recognize the errors of that path and choose to mark for themselves a path of righteous living. 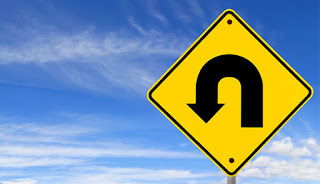 There are two instances in close proximity in the Book of Mormon (in Mosiah 25 and 26) in which entire "rising generations" choose to follow a path opposite spiritually to that of their parents: the children of the wicked high priests lead by Amulon and the people of Zarahemla under King Mosiah.

The Children of the High Priests of King Noah
King Noah had personally appointed a quorum of high priests who were favorable to his inclinations for wickedness. They were men acquainted with religion, but who were more interested in the things of this world and their own welfare than in the salvation of others. They had indulged in abominations and idolatry and, because of their examples, had lead many into similar errors. In 148 BC, the prophet Abinadi testified against their sins and ultimately sealed his testimony against them with his martyrdom. Three years later, in 145 BC, these priests escaped the collapse of King Noah's government following an invasion by the Lamanites. They abandoned their families and fled into the wilderness. The priests remained together and subsequently kidnapped a group of Lamanite young women who became their wives with whom they had children. Fast forward almost 25 years through a series of events whereby these priests eventually came into favor with the Lamanite leadership and were appointed charge over Nephite lands occupied by the Lamanites. Following the departure of the people led by Alma from the land of Helam whereby they joined the Nephites in Zarahemla led by King Mosiah, there is an interesting event recorded in Mosiah 25:12:


"And it came to pass that those who were the children of Amulon and his brethren, who had taken to wife the daughters of the Lamanites, were displeased with the conduct of their fathers, and they would no longer be called by the names of their fathers, therefore they took upon themselves the name of Nephi, that they might be called the children of Nephi and be numbered among those who were called Nephites."

These children of the priests of Noah were likely in their 20s at this time (somewhere near 121 BC). They had come to a realization that their fathers were wicked and had rejected their conduct as sinful. Despite the power and status that their fathers wielded, their children could see the unhappiness and lack of love in their father's hearts. It is hard to indulge in wickedness, yet be loving and kind with members of your own family. The unfortunate captivity of the people of Helam, however, had provided a powerful contrast for these children of the wicked priests. They had observed the Christlike conduct and submission of the people led by Alma, who endured hardships and persecutions at their hands of their fathers. They could see the peace and happiness of the people led by Alma, despite the hardships and trials they faced. This is further evidence that the Lord indeed works in mysterious ways, and His purposes are not often known in the moment. However, great things can come to pass when we put our trust in Him and seek to know and follow his will, including the conversion of the children of one's oppressors. Indeed, the children of these wicked priests did not want this kind of life for themselves and decided that they would join with the righteous Nephites, turning their backs to their fathers and rejecting even their very names.

The Children of the People of God in Zarahemla
In 124 BC King Benjamin gathered his people together to testify to them concerning the Savior and His atonement. He taught his people so powerfully and persuasively that the entire populace became born again and made a covenant with God to always keep His commandments, as is recorded in Mosiah 5:2, 5:

2 And they all cried with one voice, saying: Yea, we believe all the words which thou hast spoken unto us; and also, we know of their surety and truth, because of the Spirit of the Lord Omnipotent, which has wrought a mighty change in us, or in our hearts, that we have no more disposition to do evil, but to do good continually. 5 And we are willing to enter into a covenant with our God to do his will, and to be obedient to his commandments in all things that he shall command us, all the remainder of our days, that we may not bring upon ourselves a never-ending torment, as has been spoken by the angel, that we may not drink out of the cup of the wrath of God.


These people lived in righteousness for many years. Then, between 120 and 100 BC, there was a spiritual rebellion among the "rising generation" whereby many left the church of God and became its persecutors. Mosiah 26:1-4 reads:


1 Now it came to pass that there were many of the rising generation that could not understand the words of king Benjamin, being little children at the time he spake unto his people; and they did not believe the tradition of their fathers. 2 They did not believe what had been said concerning the resurrection of the dead, neither did they believe concerning the coming of Christ. 3 And now because of their unbelief they could not understand the word of God; and their hearts were hardened. 4 And they would not be baptized; neither would they join the church. And they were a separate people as to their faith, and remained so ever after, even in their carnal and sinful state; for they would not call upon the Lord their God.

These children of the people of King Mosiah were young, perhaps in their 20s as well. Although they were infants or small children at the time of King Benjamin's address, the majority undoubtedly were raised in families that believed in the gospel of Jesus Christ. For some reason that is not fully explained, they did not believe in the faith tradition of their fathers and rejected it. They lacked faith and humility and were not converted in the same way their parents were. In fact, they rejected their parents beliefs to the degree that they became "a separate people as to their faith, and remained so ever after." How heartbreaking this must have been for these righteous parents, to raise them up in the ways of truth and light, only to have them reject it en masse, eventually growing to outnumber those who remained faithful. Verse 5 provides a small clue as to the reason for the acceleration of their apostasy:


"And now in the reign of Mosiah they were not half so numerous as the people of God; but because of the dissensions among the brethren they became more numerous."

Dissensions among "the brethren", of the church, presumably lead to further decay in the integrity of the church in its ability to maintain the rising generation among its ranks. Again, we are not clued in to the nature of those dissensions. In any case, this dissenting generation begins to persecute and even work to destroy the church itself. Unable to reign in the level and spread of apostasy through priesthood channels, Alma turns to the head of the government, King Mosiah, to do something to defend religious freedoms. A ban on persecutions is set forth (both from those within and without the church - see vs. 2 and 3). Likely seeing this move as a threat to free speech, some members of this rising generation became more entrenched in their hatred toward the church and elect to use their time and means in targeting it for destruction. By name the Book of Mormon lists one of Alma's sons, named Alma, and four of the sons of King Mosiah as the church's chief persecutors.

Conclusion
What is it that leads us to reject or rebel against the ways of our parents, in either direction? Why do some children rebel and some do not? My own parents are not greatly religious. I have chosen to follow a different path, yet my sibling has not. What makes the difference? I am grateful for the records of these contrasting rising generations and the lessons that can be extracted from them. I think it is remarkable that individuals like the children of the wicked priests, or Abraham, and countless others have had courage enough to do their best to honor their parents (thus keeping the commandment), yet chose for themselves who they would serve, sometimes at great personal cost (Mark 10:28-31).


28 Then Peter began to say unto him, Lo, we have left all, and have followed thee. 29 And Jesus answered and said, Verily I say unto you, There is no man that hath left house, or brethren, or sisters, or father, or mother, or wife, or children, or lands, for my sake, and the gospel’s, 30 But he shall receive an hundredfold now in this time, houses, and brethren, and sisters, and mothers, and children, and lands, with persecutions; and in the world to come eternal life. 31 But many that are first shall be last; and the last first.