I have many friends and loved ones who have and are going through incredibly difficult challenges. It can be perplexing to understand the nature and purpose of such difficulties, especially when prolonged or when the outcome is unhappy. It can be disorienting and discouraging. The darkness and despair can last a long time without relief. 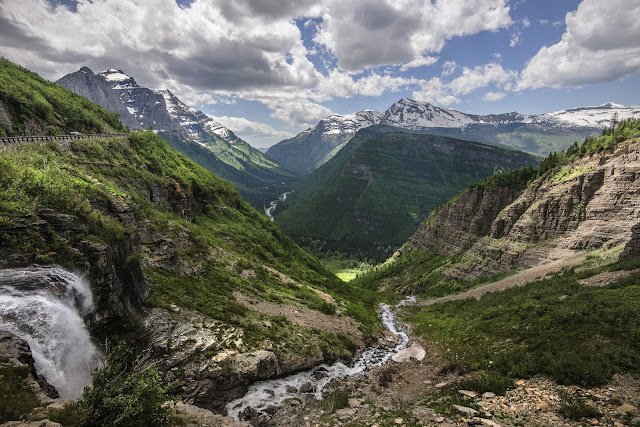 Yesterday was CS Lewis' birthday, he would have been 120 years old. In 1941 he published the Screwtape Letters, which are a series of letters written by a senior devil to his nephew, a junior devil in training. Screwtape seeks to educate his nephew concerning the designs of "the Enemy" so that he can learn how to successfully entrap the souls of men. This book was dedicated to J. R. R. Tolkien. In one of the "letters", Screwtape gives some insight into the peaks and troughs that mankind experiences and their purposes:

So you “have great hopes that the patient’s religious phase is dying away”, have you? I always thought the Training College had gone to pieces since they put old Slubgob at the head of it, and now I am sure. Has no one ever told you about the law of Undulation?

Humans are amphibians — half spirit and half animal. (The Enemy’s determination to produce such a revolting hybrid was one of the things that determined Our Father to withdraw his support from Him.) As spirits they belong to the eternal world, but as animals they inhabit time. This means that while their spirit can be directed to an eternal object, their bodies, passions, and imaginations are in continual change, for to be in time means to change. Their nearest approach to constancy, therefore, is undulation — the repeated return to a level from which they repeatedly fall back, a series of troughs and peaks. If you had watched your patient carefully you would have seen this undulation in every department of his life — his interest in his work, his affection for his friends, his physical appetites, all go up and down. As long as he lives on earth periods of emotional and bodily richness and liveliness will alternate with periods of numbness and poverty. The dryness and dulness through which your patient is now going are not, as you fondly suppose, your workmanship; they are merely a natural phenomenon which will do us no good unless you make a good use of it.

To decide what the best use of it is, you must ask what use the Enemy wants to make of it, and then do the opposite. Now it may surprise you to learn that in His efforts to get permanent possession of a soul, He relies on the troughs even more than on the peaks; some of His special favourites have gone through longer and deeper troughs than anyone else. The reason is this. To us a human is primarily food; our aim is the absorption of its will into ours, the increase of our own area of selfhood at its expense. But the obedience which the Enemy demands of men is quite a different thing. One must face the fact that all the talk about His love for men, and His service being perfect freedom, is not (as one would gladly believe) mere propaganda, but an appalling truth. He really does want to fill the universe with a lot of loathsome little replicas of Himself — creatures whose life, on its miniature scale, will be qualitatively like His own, not because He has absorbed them but because their wills freely conform to His. We want cattle who can finally become food; He wants servants who can finally become sons. We want to suck in, He wants to give out. We are empty and would be filled; He is full and flows over. Our war aim is a world in which Our Father Below has drawn all other beings into himself: the Enemy wants a world full of beings united to Him but still distinct.

And that is where the troughs come in. You must have often wondered why the Enemy does not make more use of His power to be sensibly present to human souls in any degree He chooses and at any moment. But you now see that the Irresistible and the Indisputable are the two weapons which the very nature of His scheme forbids Him to use. Merely to over-ride a human will (as His felt presence in any but the faintest and most mitigated degree would certainly do) would be for Him useless. He cannot ravish. He can only woo. For His ignoble idea is to eat the cake and have it; the creatures are to be one with Him, but yet themselves; merely to cancel them, or assimilate them, will not serve. He is prepared to do a little over-riding at the beginning. He will set them off with communications of His presence which, though faint, seem great to them, with emotional sweetness, and easy conquest over temptation. But He never allows this state of affairs to last long. Sooner or later He withdraws, if not in fact, at least from their conscious experience, all those supports and incentives. He leaves the creature to stand up on its own legs — to carry out from the will alone duties which have lost all relish. It is during such trough periods, much more than during the peak periods, that it is growing into the sort of creature He wants it to be. Hence the prayers offered in the state of dryness are those which please Him best. We can drag our patients along by continual tempting, because we design them only for the table, and the more their will is interfered with the better. He cannot “tempt” to virtue as we do to vice. He wants them to learn to walk and must therefore take away His hand; and if only the will to walk is really there He is pleased even with their stumbles. Do not be deceived, Wormwood. Our cause is never more in danger than when a human, no longer desiring, but still intending, to do our Enemy’s will, looks round upon a universe from which every trace of Him seems to have vanished, and asks why he has been forsaken, and still obeys.